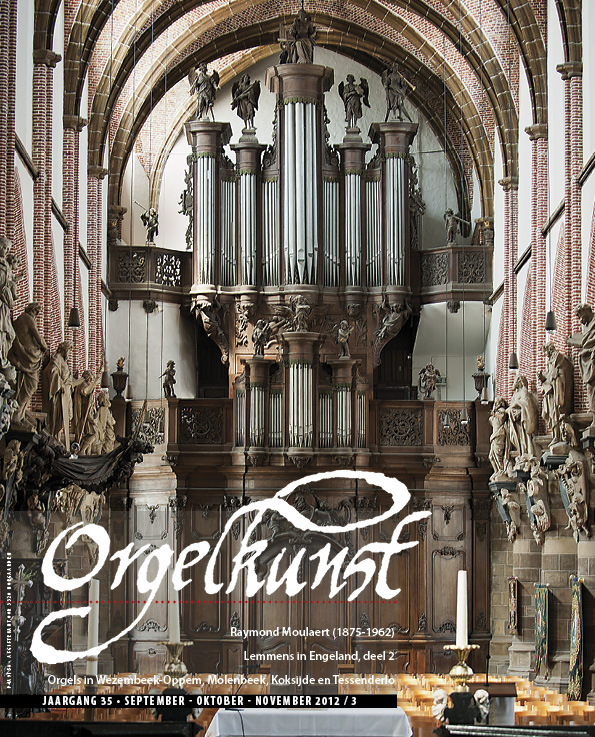 This second article about the life that Lemmens led in England will go into greater detail about his concert tours in the region (1859-1868), his role as harmonium pioneer, his business ventures in England and investments in Belgium, his family life in London, and concluding with an overview of his concert life in London and the surrounding area (1869-1878) and a short look on his return to Belgium.
The large volume of concerts unearthed by this research demonstrate how important this chapter was in his life: there was a puzzle of ca. 282 concerts in total to put together.  Lemmens appeared as soloist on harmonium, piano or organ, accompanist or artistic director – or all of these simultaneously.  These concerts were not only spread over a period much longer than the ten years stated in most of his biographies, but also over a large geographical surface encompassing Ireland, Scotland, and Wales.  Jacques-Nicolas and Helen Lemmens-Sherrington, along with their varying group of top musicians, were featured annually in different locations to present the best possible music at the highest possible standard.  With their arrangements of operas, oratorios or operettas – Faust, Mendelssohn, Wagner, Bach –  for a condensed ensemble, or with their 'ballad concerts' and 'miscellaneous selections', they made many works accessible for a diverse and very enthusiastic audience. The combination of their different talents (musical, artistic, organizational, and commercial) from these tours resulted in a goldmine for both the organizers and the musicians, and the duo Lemmens-Sherrington became a winning team.
Striking is the fact that Lemmens played harmonium almost exclusively in this period: of the ca. 282 concerts, there are but approximately 30 of these in which he performed as organist.  He was above all known as an 'apostle of the harmonium', and the establishment of the Mustel harmonium in England is in large part due to his influence.
Lemmens invested much of his newly-acquired money purchasing real estate in his birthplace of the Belgian Kempish region.  As a bona fide landowner and Victorian entrepreneur, he attempted to play the big business game, such as establishing a harmonium factory or a dairy. What ultimately did bring him back to Belgium in 1878 is grounds for a whole new article, namely the creation of a school for church music in Mechelen, but it is clear that Catholic church music remained a running theme throughout his life, even during his time in a Protestant country like England.
The question remains why this English chapter of his life has been kept so underexposed up until now.  It is possible that biographer Duclos did not want to give much thought to these many concerts of mundane music and thus draw a veil over this period: it perhaps did not befit the exalted view of a church musician and organist whose life was dominated by church music.  Certainly these new aspects prove that Lemmens was a more multifaceted musician than such a narrow description suggests: he was not only an organist and church musician, but also a composer, harmonium player, pianist, organizer, and driving force.